I used primer. I never user primer. I also used my foundation brush, instead of my fingers. Eyelash curlers in hand, I realised I might be taking this too seriously for a girl who has used the same Boots-own brand BB cream for two years and never understood the appeal of ‘nude’ lipsticks. I put the eyelash curlers back, brushed my skirt down, turned to my boyfriend and asked how I looked.

Good. That’s a constructive compliment from a man who’s go-to response is usually ‘fine‘. (Ah, ‘fine‘. What every girls dreaming of looking like.) Off I scrabbled, into the hazy Putney winter sun.

Frazzled as I was, I was just heading off for a Sunday brunch with a friend. The nerves- though unexpected and completely undue- had come on as I was readying to leave the house, as though this was an interview rather than a buffet. In my haste to not be late, I’d developed a bubbling uncertainty.

This was the first time I had spent with this particular person alone. What if it went, well, terribly? What if when we sat down across from the all you can eat buffet line up and had resolutely NOTHING in common?  This was increasingly feeling like a first date- like a Channel Four TV crew were going to rush on and powder my face/rig me with a GoPro any second. Dispatches: A Grown Woman Tries to Make a Friend.

They arrived. We had a wonderful lunch together- laughed and chatted and stuffed ourselves silly and plotted our next dinner party. No nerves required, whatsoever, and I almost instantly forgot that I’d felt anything silly at all. 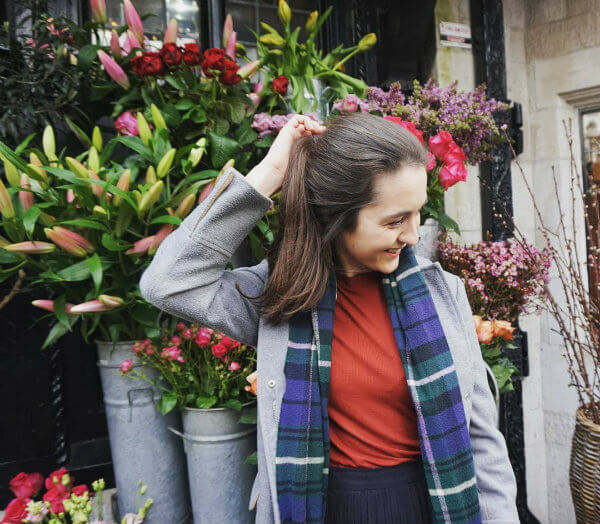 This- this sensation- goes to show how odd I have found making friends since turning twenty. Now I do not spend time in packed meat-market clubs twirling around with a VK in hand, or have a well meaning teacher doling out group presentations, I have come to rely on work and Twitter for meeting new people, both of which come with their own restrictions (one doesn’t want to hear from me post 6pm on Fridays, one is potentially a masquerading bot).

Where do all my new friends come from now I’m post-education? Now I’m in a big city without my old reliable groups to call upon for coffees and outfit lending? Am I going to dwindle in relationships from here on in, pestering the same people on Whatsapp to go to brunch until they snap and all change their numbers, collectively, until I’m left eating avo on toast with no one?

My early twenties have been about meeting people in ways I’m not used to yet. People that intern at my work, people that write blogs I love, people that flatshared with other friends. People that are parents, are artists, are clients, are bosses, are from the other side of the world, are half or twice my age. I might not be meeting people on the same course, from the same town, in the same club and from the same background the way you do when you’re at school/university- but that doesn’t mean these relationships are any less valuable.

I think that that’s where this feeling comes about- once you hit the big two-oh and propel yourself away from traditional friendship-enducing hotspots (playgrounds, houseparties in halls, etc)- you kinda assume you’ve this friend thing nailed. Then, it dawns, that the people you have things in common with, your potential BFFs, don’t hang out in convenient hubs anymore. They’re far spread across all aspects of your life now. You have to go get them yourself.

So that’s what I’ll be doing, and I’m not going to let myself make it weird. Brunch, anyone?