Oh the joys of living in rented housing. The surprise scaffolding you find your house covered in one day, the hole in your ceiling that’s lived there longer than you have, the joyous feeling of flushing half your wage into some estate agents lap, never to be seen again.

I love it. I truly do. What other aspect of life is it okay to skew social norms, by, oh I don’t know, demanding that you pay £240 for new curtains that they’ve x-rayed for any minor sign of unwarranted dust, but dumbly drag their knuckles across the ground when you politely ask that maybe, if they have the time, could they please fix the boiler because we’ve not had heating for four months? When else in life are people allowed- expected and paid- to be giant bumbling hypocrites? Long live estate agent/landlord freedom, that’s what I say. What possible harm could this have on the future generation’s ability to house themselves? 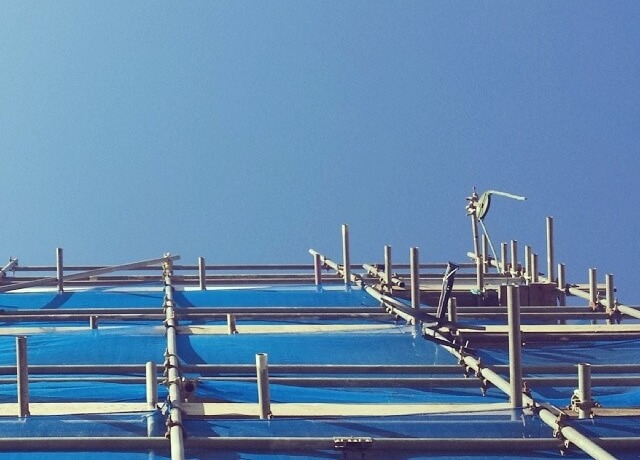 Well never mind that now, there are important things to be getting on with. I have seventeen upcoming appointments with my new builder. They’ve been sent by our landlord to renovate our windows, or something. I’ve been documenting their progress.

Day One: Had to get my mum, who was visiting from Manchester, to stay at home while I went to work. The builders came, looked at all seven windows in our house, nodded sagely, and left.

Day Two: Had to arrange working from home. Builder man came back and cleaned the edges (not the middle) of two windows. He then left.

Day Three: Same builder returned to clean the other five window edges. I had to work from home again. He shouted at me for having personal possessions (in this case, some money and jewellery, kept in a box) on show. In my own house. In a bedroom.

Day Four: I took the morning off work. Same builder came round, looked at the windows again, wrote down four things and nodded sagely. Tells me there will have to be another round of window-sorting-outtery, and can I take some more time off work?

Day Five: Builder texts me to tell me he is coming round between 5-7pm tomorrow night. Am not sure if I’m expected to provide his dinner, or if this he thinks this is a date. Maybe he’s coming to look at the windows again.

I’m starting to think my landlord is simply sending the builders round once a week to make sure I don’t have the time to muster up some sort of anti-landlord revolution. Where Estate Agents spend ten minutes in the stocks for every £50 of bollocks administration fees they administer. Where you weren’t forced to keep couches that are so brow-beaten that they’re literally impossible to sit on, just because it’s on the inventory. Where broken radiators would be fixed before you were forced to decide whether it’d be warmer to make a cup of tea with that newly boiled kettle, or just to cut out the middle man and drink it straight from the spout. Where sending round builders to gawp at my window for thirty seconds a day does not mean I have to take time off work.

Maybe that’s it. Or maybe the builder actually does fancy me.