Let me start this off with a disclaimer. I love Easyjet. I think budget airlines are a wonderful thing, especially for broke guys like me, and I already have another three flights with them booked- they’re my go-to airline and this story aside, I think the service is on point. (I even have the Easyjet app. The love is real). I love Monica’s post on flying with lowcost airlines, so this is not, I repeat, not, a tirade. If you want one of those, go somewhere else.

I think I’m finally ready to talk about my Easyjet horror story. 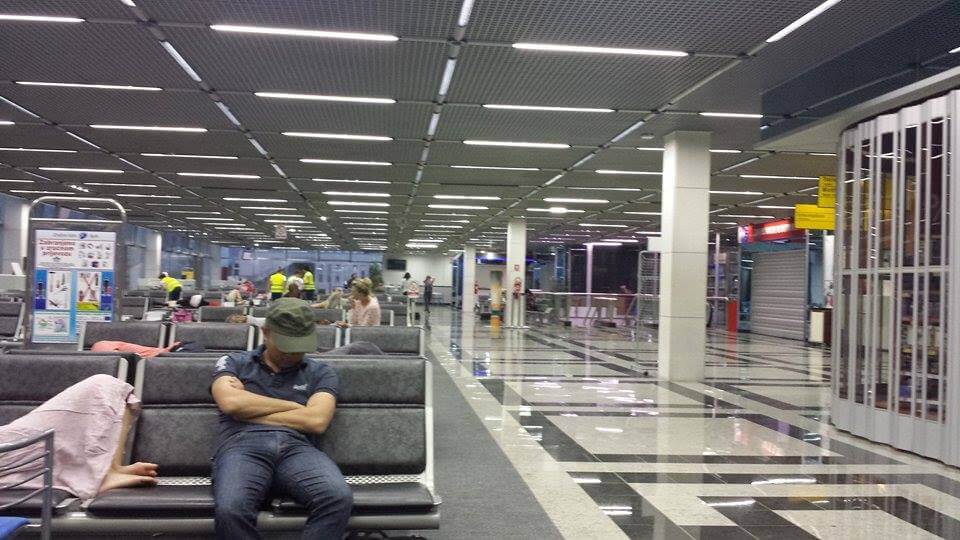 I’d had an amazing week in Split, Croatia with my girl Jai. We’d waded through waterfalls, watched epic sunsets from clocktowers of tiny islands, and drank every mojito we could. The holiday had been a roaring success, and we congratulated ourself for a fabulous trip as we rolled our suitcases up to Split airport, ready for our nice and simple two hour flight back to Gatwick.

We checked in, passed through security, and pottered around the scant shops Split airport had to offer. I logged onto the free wifi and kept myself busy playing the then astronomically popular Kim Kardashian app (I was a C-Lister, and wanted to get to at least a B list spot before we touched down in London).

The closer we got to our departure time, the more flights we noticed had been delayed. Ours was put back by about forty minutes. There was a signal problem with the airport, an announcement gurgled out, but should all be sorted soon. Cracking, back to Kim K and those gold stars.

After an hour or two, the airport had emptied out. The flight had been pushed back by a couple of hours, and other planes were steadily leaving in a single file fashion. We’d huffed and puffed about how annoying this was, how we’d have to rebook our pick up taxi on the other end. We were getting itchy, watching other passengers leave, having not heard a single thing about our own flight. Even most of the staff had gone home. It was around 11pm.

Then, it arrived. With a bang. Of the bird variety. After a long delay, when our plane finally hit the ground in Split, it also hit a seagull. Gruesomely, we were told this was a common occurrence when descending, but this time the bird had- welp- gotten stuck in the jet, and they needed a specialist to give the plane a once over before they could legally lift off.

Flight delayed due to a ‘bird strike’. I dunno what they’re striking about, but either way am v uneasy about the pilot being a seagull.

As it turns out, 11pm on a Sunday doesn’t fall within the office hours of people whose job it is to scrape dead seagull out of engines. It looked like we were stuck here overnight. No biggie right? If anything, a cheeky night in a hotel would probably feel quite fancy and if nothing else it meant I had a great excuse to not go to work the next day.

As an apology, the kind folk at Easyjet told us we were legally entitled to a refreshment after any three hour delay. We queued up for the only remaining staff member in the airport to dole out – wait for it- a drink or sandwich. The only drink available was water. The only sandwich available was a ham sandwich, which went down famously with the vegetarians and Halal eaters. I dropped my sandwich after one bite. 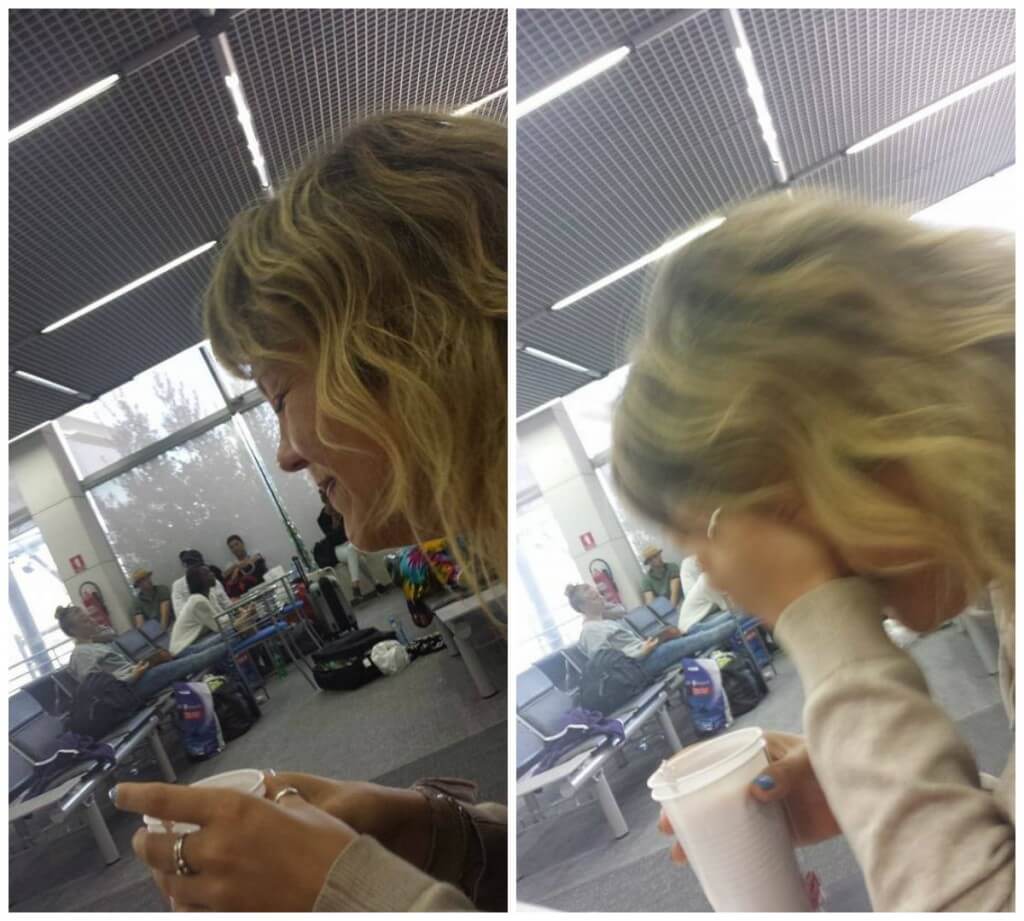 Come midnight, the airport staff had all gone. Information was funnelled through select passengers who had enough battery life to check their EasyJet apps for updates, solemnly delivering bad news with measured outrage. We were riotous, trapped in an empty airport with fuck all to do and no signs of hometime.

After another hour or so of hearing zilch, the captain of our Easyjet flight appeared, delivering an impassioned speech on how he was going get you home no matter what it takes. From the reception, you’d think he was MLK or someone equally as inspiring, because we lost our minds with optimism. He’ll get us home, we thought jubilantly. We love you, Mr Captain Man!

Well turns out Mr Captain Man can suck it, because he immediately disappeared off into the night never to be seen again. Presumably, they headed off to a nearby hotel, thus snapping up the only remaining rooms in Croatia that evening. After another while of hearing nothing, a lone woman in a high viz vest nervously walked into the completely desolate departure lounge, anxiously eyeing up the hundred pissed off Brits like I imagine a lamb heading into slaughter does.

“Your flight is cancelled” she meeped. “There are no hotels“, she whimpered. “You have to sleep here” she mewed. “We don’t have any more food or any blankets” she breathed. “We can’t get your suitcases to you” she winced. “Bye” she croaked, fleeing into the night before she became responsible for a full blown riot.

We were delirious with disbelief. By this point, we’d been trapped inside the airport for about six hours, and there was no sign of being allowed to leave. The smokers were practically crawling up the walls. Everyone needed to charge their phones, and we had two plugs between the lot of us. We resorted to unplugging all vending machines, congregating round them like hobos round a burning bin. We shared scraps of encouragement and tried to find somewhere to fall asleep under the glaring lights. I reached A List Celeb status on the Kim K app, but it was no consolation. 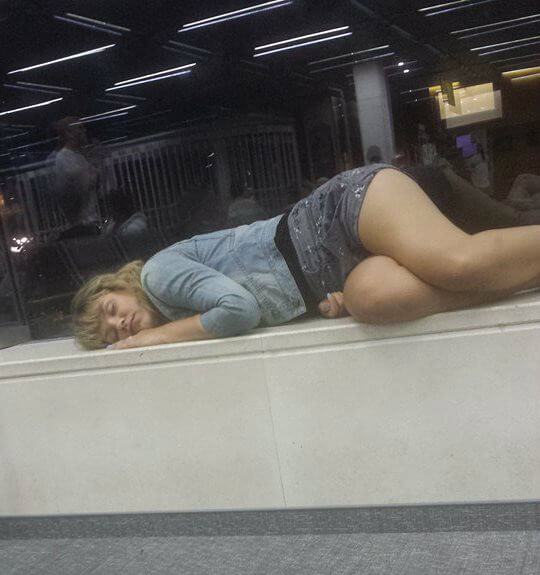 After a shitty night sleep, using handbags for pillows and duty free shopping bags as duvets, the airport started to fill up with passengers- who, begger’s belief- got onto flights before us. We cleaned ourselves using the free samples from the now open duty free shop, and got into a fight with an airport cleaner who was pissed because we’d unplugged a freezer and her icecreams had melted.

Angry airport lady is pissed we all used a vending machine plug overnight. No one cares about your icecream, lady. #getfarrahhome #icecream

Weak with annoyance, we sat in clusters around the departure doors. Easyjet wisely brought in a new team- if we’d seen the Judas Mr Captain Man again we might not have been able to control ourselves- who expressed their disbelief and their pity with wide eyes and a palpable nervousness that we’d transfer the blame to them. They gave us everything for free- all the yoghurt pots and coffees our poor hearts desired, as we sulked our way to 30,000 feet and back to London, a mere twelve hours later than we should’ve been.

Anyway so we got a whole bunch of compensation and a voucher for an EasyJet flight. I used this to book a trip to Italy, and honestly if you’d asked me in advance would I choose to spend the locked in a jumped up shed in return for a huge contribution to my next holiday, I probably woulda said hell yeah and buckled down for the night. So it’s sort of a happy story really. Either way- shout out to Jaime for staying relatvely sane throughout the ordeal, and for supporting me on my way to overcoming my Kim K addiction. You’re the best.