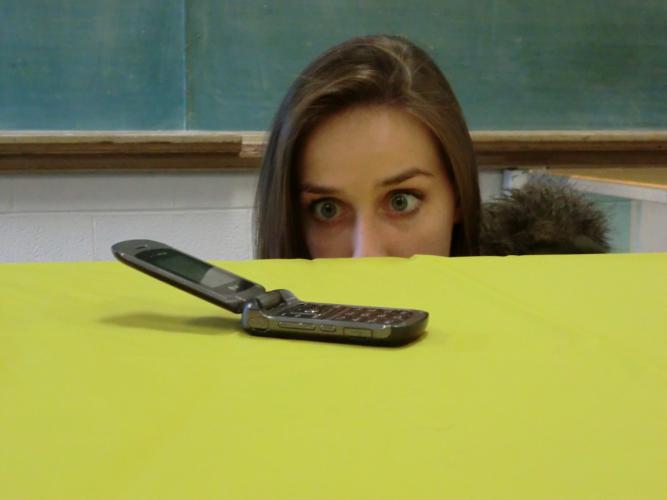 You might expect your 99th show would be a rushed affair, lacklustre with dreams of clocking off from the tour. Not for Stewart Francis, who excelled in his final show of his Outstanding In His Field tour.

His torrent of puns and one-liners saw laughter continuously rippling from the audience. With such an act, it can take varying lengths of time for audience members to catch the punchline, creating a lovely atmosphere of chuckles erupting from different seats as people piece together the joke.

Francis’s pace is brilliant – there’s just enough time in between his jokes for you to register what he’s said before the next punchline. If you don’t like one joke, another comes along straightaway.

His routine is full of clever witticisms – “People say fame has changed me, I used to be a self conscious waitress from Swindon” – and flows well. Even when he was heckled in the middle of an ironic listing of all the American presidents in order (no mean feat), he turned the heckle into a punchline.

He left the majority of audience participation to his warm-up act, the spritely Matt Rudge.

Naturally, there were lulls when Stewart’s jokes weren’t as well received as they could have been.His encore almost entirely relied on a comparison between rock stars and comedians that didn’t quite hit the mark, but Francis was extremely adept in snapping back the audience by pulling out some shocking jokes or groan-inducing puns.

The show was punchy, a just-right mix of snappy one-liners, terrible puns and clever irony that provided the audience with some great laughs and a few jokes to tell their mates when they got home.

As part of my growing up phase, I’ve scored some work experience at the local paper. The York Press have kindly let me take a seat on the news desk and pester them for stories for a week- all as part of a placement organised by my beloved Yorker.

First came the clothing panic. I don’t own any shirts or grown-up blazers, as I’m pretty lacking in the chest department and they tend to make me look like a schoolboy in an ill fitting suit. So, emergency trip to H&M and clothes raid on the much more sensible Emma Bennett’s wardrobe, I was set. Come Monday morning, armed with my best pen, best notepad, and best intentions, I walked in the pouring rain to the Press office on Walmgate, dressed like an auditionee for the Young Apprentice.
After a flying tour of the office, I took my seat and awaited instruction. Looking around, everyone seemed so busy and important. The floods had just hit York again, so that had taken over for the morning. I read a copy of the paper from front to back, then once again in case there was going to be a test, then gingerly asked for something to do. The thing with work experience placements is, you don’t want to annoy anyone. Striking the balance between seeming keen and seeming plain irritating is pretty tricky. You don’t want to look like you’re doing nothing, and you don’t want to repetatively ask for something new everytime you finish a task. You can see everyone’s really busy- meaning there’s definitely spare jobs going that they’d happily hand over- but they’re also so busy that they forget to forward you that email or are interrupted mid-explanation by an important phonecall.
Luckily, it isn’t always much of an issue at the York Press. My request for more stuff to do does fall by the wayside some of the time, but for the most part I’m kept occupied. It’s not boring stuff either; I’ve been writing stories that have appeared in the paper, and I’ve written a couple now that will even include my own byline- practically golddust for students trying to make a name for themselves in journalism.
Probably the most challenging task I’ve been given so far is to provide 150 words on a local Scouts Pack presentation evening. Sound simple? This scout pack just happen to be the only one in Yorkshire without a dedicated website. The hall they’re based at doesn’t seem to own a phone, none of the leaders are online in any shape or form, and the guy I needed to get in touch with turned out to be the most elusive Scout leader on the planet. Forty five unanswered phonecalls to the number I managed to salvage from very limited sources later, part of my soul was dying along with the chance of my first story for the Press ever being published.
Eventually, after two solid days of answering machines, emails, and pleading with any vaguely relevant parties, I managed to get through to a woman who seemed to be aware of the Scout clubs existence. She was as good as a spokeperson in comparison to everyone else I’d managed to get hold of, so I managed to wrangle a quote about how proud she was of the kiddies involved and hung up the phone in a triumphant flourish. I’d got the quote. I was the best investigate journalist in the world.
Turns out the quote went unpublished, as we had enough information without it. So, two days of soul-destroying answering machines for nothing, essentially. BUT, more importantly, I’d learnt an important journalism lesson- cutting the wheat from the chaff. Also don’t rely on a Scout Leader to ever answer their phone.