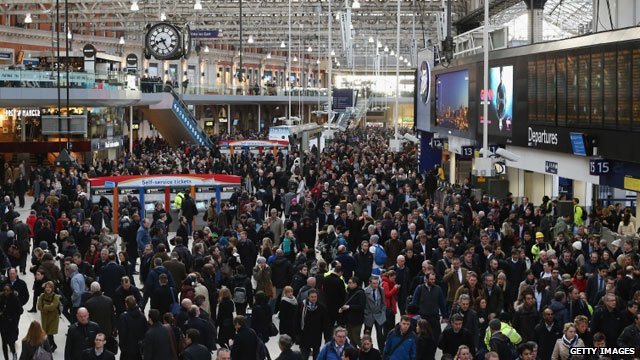 You know how when it snows, everyone gets ready to make those “Southern pansy” jokes? The ones about how oop North, we rally through full force gales, shimmy over snow drifts and pick our way through the perilous icy peaks to get to the mines, but when a single snowflake lands outside Buckingham Palace, every Londoner goes into a full-scale meltdown as though they’d never seen the sky deposit such an unearthly matter on their beloved city before, and as a result they spend all day blankly refusing to go to work?

Yeah. I used to make those.

I lived on the edge of the Pennines for a year, where, in winter, it was safer to sit on your bum and slide one mile down the ice-covered road into oncoming traffic than to risk breaking your back by walking down said hill- and I still never missed my bus. I used to slide to college, voluntarily or otherwise, every day with only a few complaints and a twisted ankle. I felt my perils were just a simple part of winter, and coping with it was a simple job of getting on with your life despite external forces.

I used to look at Londoners, whimpering over the weather forecast, and think that they were pathetic. That was then. That was before I experienced The TFL Tube Strike.

I’m not sure if you noticed (…) but London just had a public transport freak out. I don’t pretend to be an expert on the situation, so do your fact-finding elsewhere, but I do know that for two days, it messed with my head.

The night before the strike, I’d been pretty smug. Meh, I thought, ignoring all warnings, this will just be another thing that Londoners meltdown about. Oop Norf, we rally through full force gales to get t’werk…(cont.). That was before what should have been an hour and a half round trip took me SIX AND A HALF HOURS.

I saw five people crying. I saw three arguments. I saw queues of one hundred people trying to bustle onto a single decker bus. I was in Waterloo East when it had to be evacuated and I was in gridlocked traffic for so long that I gave up and decided to walk the remaining stretch in the windy drizzle.  I was on the only central-bound train from Clapham that thoughtful strangers decided to fart on. And you know the worst bit? I didn’t even have it that bad.

I’ve got a new found respect for Londoners. I used to think that the transport-drama headlines were hyperbolic, and simply proof that people were softer down south. But having experienced just a taste of what it’s like to be in a crowd of one thousand lost and late commuters, I sort of get it now. Because back home, when there’s a transport crisis, we’re not battling with crowds of hundreds of people who are getting in your way, or knocking you over to get on the bus. And there’s certainly no one farting into your handbag.