You know who make good local guides? Male friends. I mean, sure, female friends do a pretty good job too, but you ask a guy you’ve not seen in a while to “show me the touristy bits” and you have essentially handed over your weekend plans to the most efficient tour operator you can imagine.

I know this because I might have been a little breathless from all the high-speed pacing, but oh boy did I see Oxford.

My trusty guides were Sam and Sam (not a typo, they’re both called Sam!). I’ve known Sam (number one) for years, and have visited him plenty of times while he’s been studying at Oxford. Unfortunately for all involved, it was usually on a party night, and I could barely remember my name, nevermind where the lovely chapels and tearooms were. This time was going to be different, so off we popped. 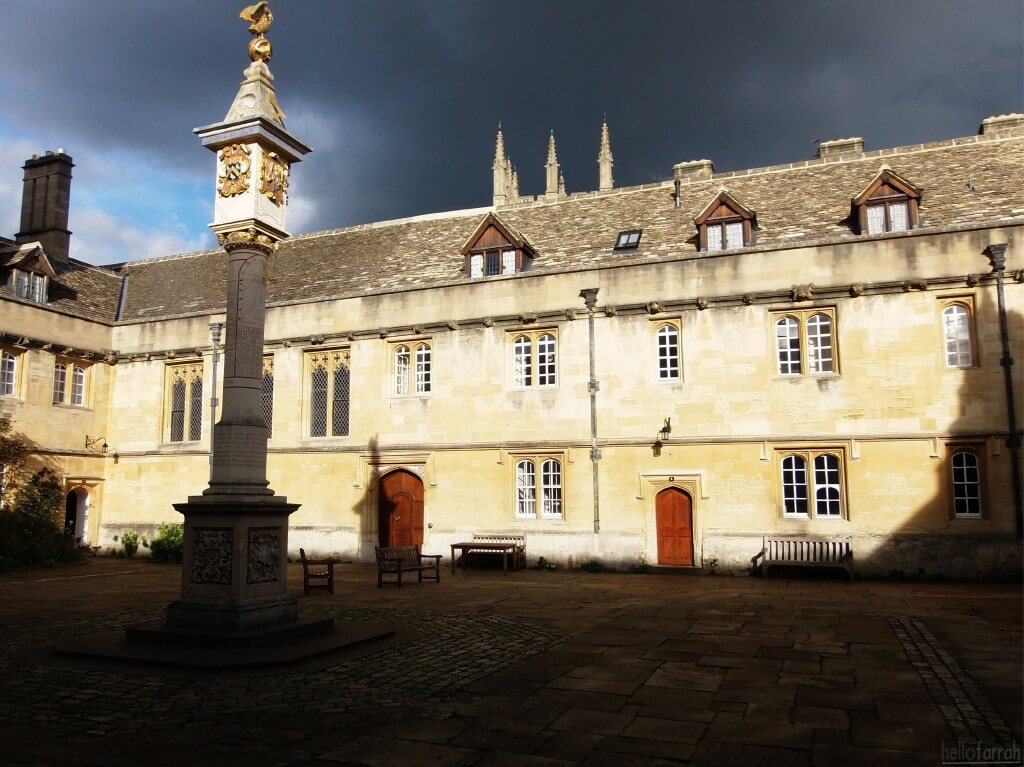 Dat lighting tho!  The weather was pretty hormonal- hence the sunny blue sky in one corner and demon stormclouds in the other. Oxford has a weird ability to look cool while it’s grey and miserable. All the buildings look foreboding and imposing and dramatic, or on sunny days it just looks mega-twee and like a scene from Harry Potter.

This is just outside the Magdalan College Chapel. I’m never quite sure whether it’s appropriate to take pictures inside religious buildings, so I saved myself the moral drama and this little cubbyhole will have to do instead. 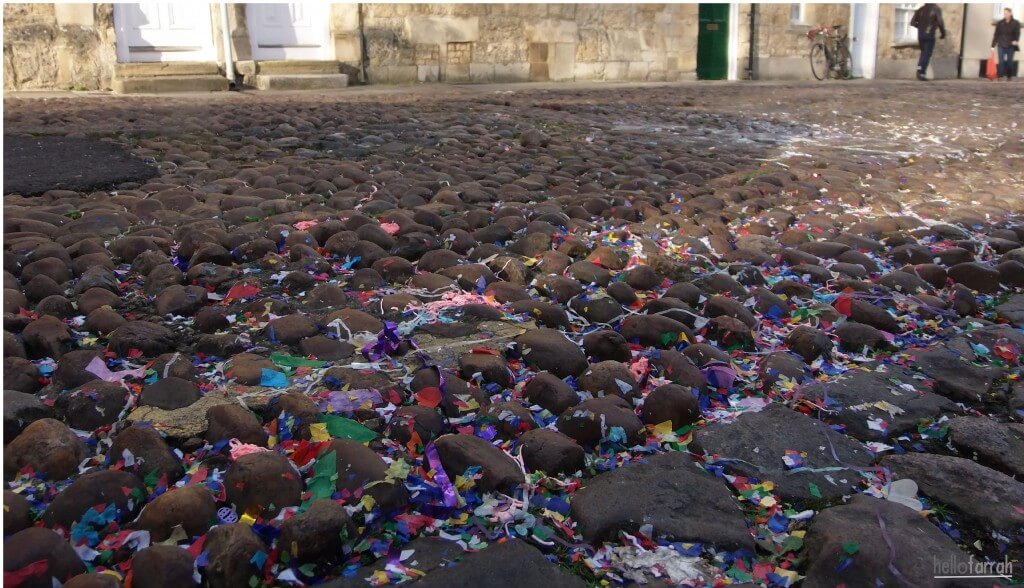 The street facing the exam hall is covered in confetti. My trusty guide informed me this is because after students finish their exam, there is usually a crowd right outside with streamers and party poppers (and champagne…) their to celebrate/commiserate their academic prowess. Very unlike York, where we were more likely to be attacked by a menopausal goose than be handed a bottle of champers, but there you have it. 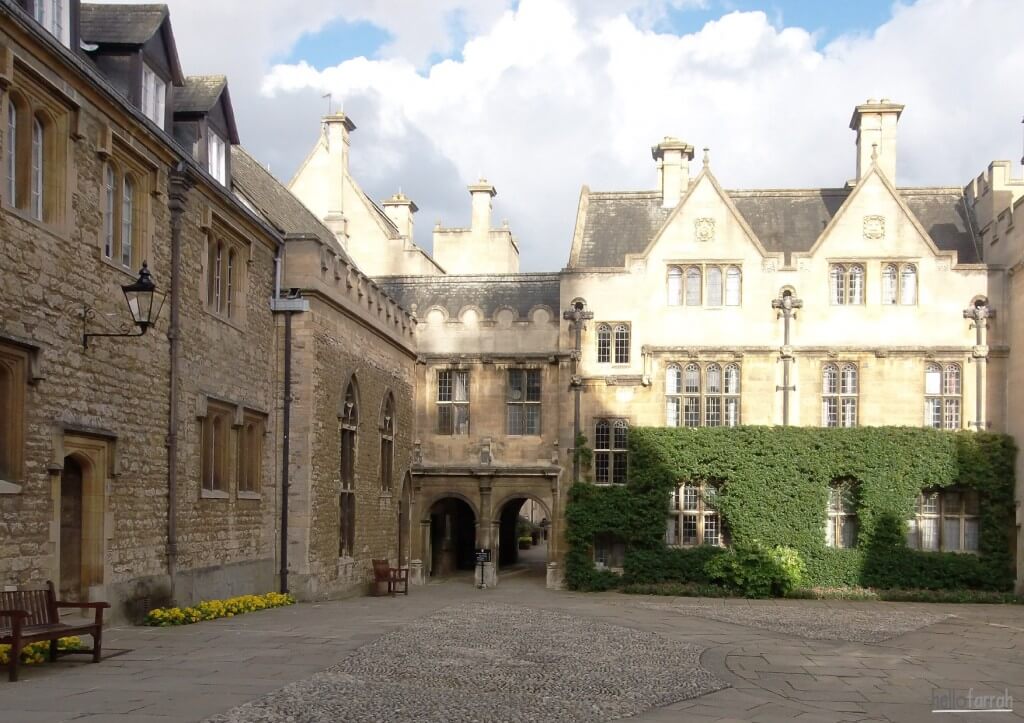 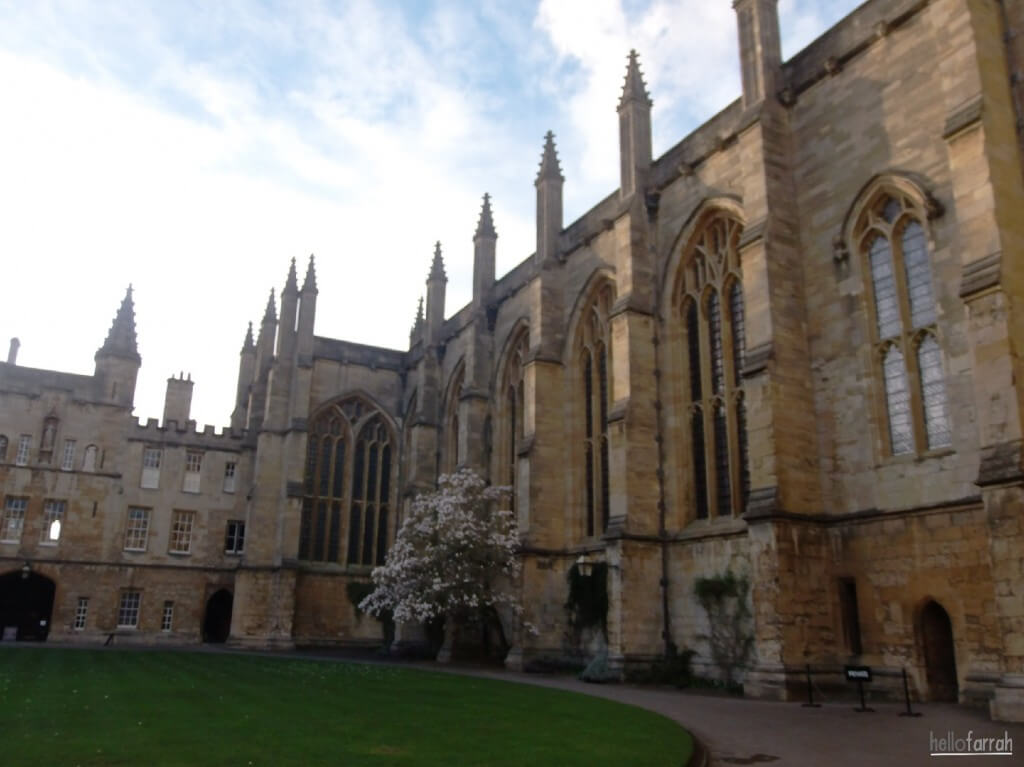 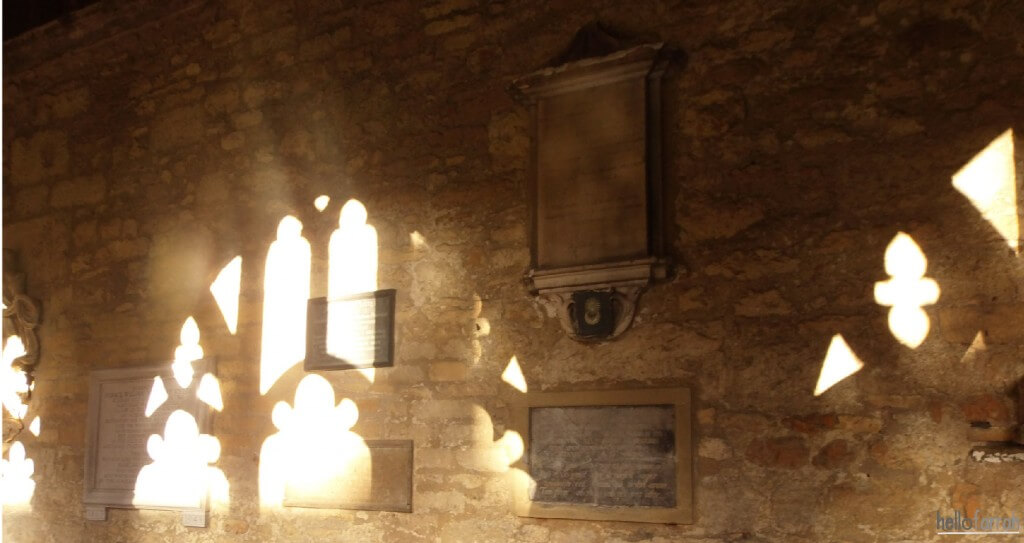 (I was going to limit this post to one picture per college, but look at how pretty those shadows are!)

Most Colleges charge tourists to look round, and it’s not open to the public for a good portion of the year so as to let all the students get on with their essays without obnoxious camera-hoarders getting all up in their grill. For this trip it wasn’t a problem (and was totally free!) because I was with card-carrying students who smoothtalked our way in and around the grounds- so top advice for touring Oxford colleges would be to buddy up with a current student if you can!

I’m so glad I got to see Oxford without a hangover, and I can only thank my tour guides for their diligence and thoroughness in responding to my request for a bit of tourism. Ta, boys!