I’m pretty late to the Japanese food scene in London. When you’re going out with Jonathan Frost, who thinks that no amount of sushi will ever fill him up- which is the main aim of the game when taking Frostie out for dinner- you don’t get to go to a lot of Japanese restaurants.

So when my colleagues planned a Friday lunch trip, I was a teency bit unreasonably excited. I’d seen so many  Instagram-perfect shots of the dishes there and worked myself up into a Shackfuyu-hysteria. I was psyched to go eat this food. My job is to get other people excited about restaurants, and I think I’d gone over the mark into worrying people with my enthusiasm. Luckily, it was all genuine, and I can now confirm with authority, totally justified.

Priorities straight, we got the cocktails in first.

Mine’s the Bone Daddies Punch (on the right), which was lush- and I couldn’t keep myself from picking out the tiny cherries at the end.

Shackfuyu has a weird menu in that you order one ‘main dish’, which changes on the reg. When we came it was wagyu beef (which means they like, fondle the cow before cooking it, or something, so it’s proper relaxed and yummy), so we ordered that with a plate of basically everything else. Sharing plates are so in right now.

The food was gorgeous. My personal favourite was the Korean fried wings, which they serve in all the Bone Daddies’ restaurants. The prawn toast was pretty cool too, as it had this dancing herb stuff on top (Watch this Vine if you don’t know what I mean!) and the scallops were in a chilli miso butter that I could honestly have drunk by the gallon. 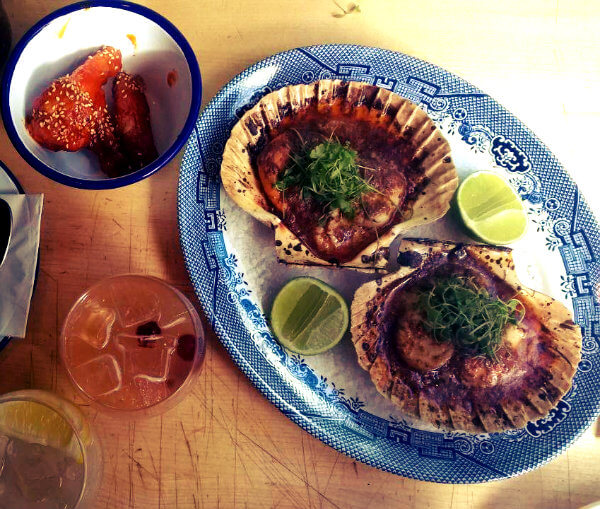 I’m not usually one for hot and cold desserts- I like my sweets at room temperature thank you very much- but Instagram was going wild for the kinako French toast and green tea ice cream and I couldn’t resist a spoonful or seven. The French toast was perfect- crème brulee crispness on the outsite and Mary-Berry-cake moist on the inside, and the ice cream wasn’t too sweet or too thick. I definitely am on board with the hype for this one. 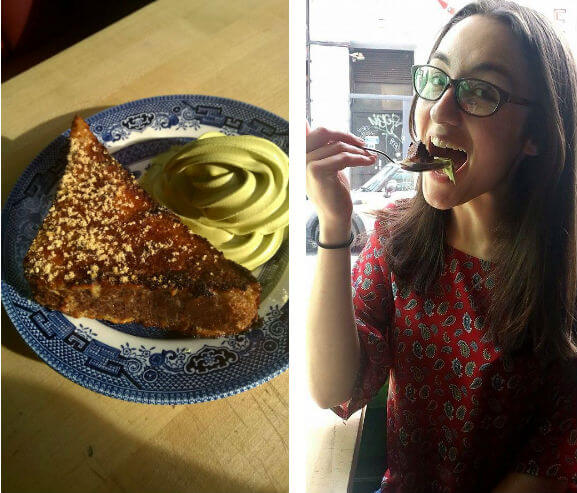 Stuffed, happy, and feeling all the world more like Japanese food is my newfound bae, we tottered out into the sunlight and back to the office. Shackfuyu is tucked down Old Compton Street, past G-A-Y, so it does take a little digging out while you’re in Soho, but is absolutely worth hunting down- for that chilli miso butter alone, frankly. MASSIVE THUMBS UP FROM FARRAH.

Alpha is over. No more anger-inducing talks. No more soul searching with strangers. HTB Church will probably unfollow me on Twitter (I’m currently only at two degrees of separation from TIMES man of the year Pope Francis because of this strategic follow, so this is a genuine shame). My ten week delve into the Christian faith has come to an end.

It’s been a bumpy ride. At best, inviting and revelatory, and at worst upsetting or boring. I’ve questioned and probed and cried and learnt. I’ve solidified what had previously been an unwavering agnosticism to an unwavering atheism, much to relief of some friends and to the slight disappointment of others.

My initial experience of Alpha was pretty detached. I thought I’d wander in, take part in the conversations and free dinner, scuttle off home again and when it had all ended, I’d be able to put a badge of religious acceptance onto my brownie-sash and maybe even have cranked up a few views on the newly reformed blog. 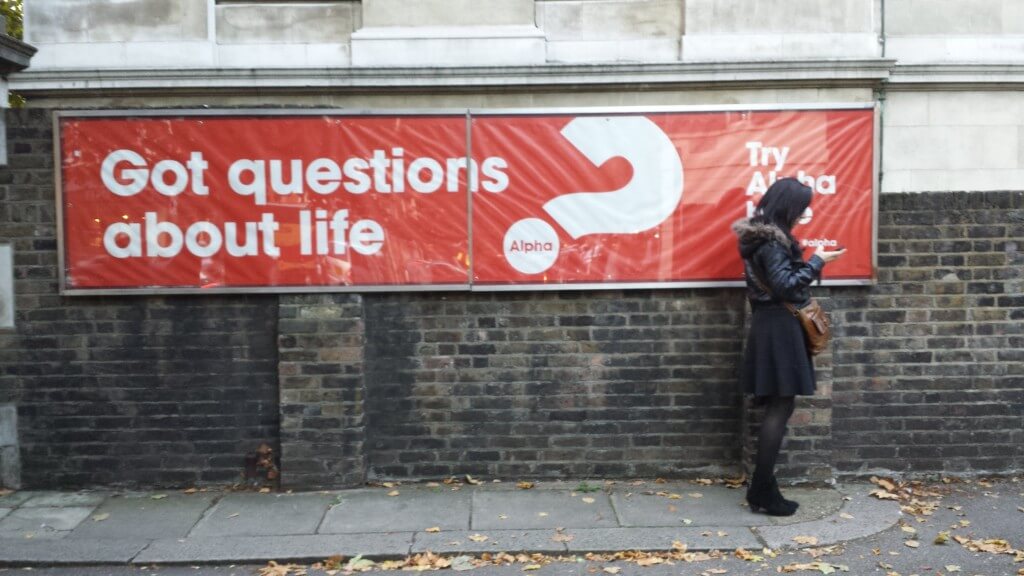 I was convinced that the only people that would go to a Christianity conversion course were probably nutters in the first place (excluding me, naturally. I was there for investigative reasons), so I was initially wary of the beaming hosts and carefully planned ‘I used to be an atheist too!’ talks that frequented Alpha. Then they started making sense.

Basically, I got into it. The community, the songs. Despite the weekend being really overwhelming (not sure I’ll ever see Parseltongue in the same way), I loved it. Gorgeous scenery, thought provoking talks, surrounded by friends and food. It’s difficult to meet people in London, and Alpha was a ready made group of people willing to ask about your week, get stuck into meaty topics, and share a trip to the beach with. In some ways I felt like I was using Alpha, religious exploration aside, just to make friends.

Another game changer was how it’s affected my relationships. A lot of my friends, who form my closest and most precious relationships, are Christians. Before the weekend I cynically assumed they’d all be rooting for my conversion, all hoping I’d be “saved”. It turns out that that’s just a myth about Alpha, that the number one goal is a selfish battle to convert unwilling passers-by. It’s not. It’s a chance for people who are interested and open to Christianity to learn (or re-learn) the basics. I never felt pressured once during Alpha. I never felt pressured by any of my Christian friends.

What I did feel is that I’d patronised my friends. I’d put their belief system in a box, making assumptions about it, then stomped on in hoping to find out what the tricks were, what the catch was. What was it about this Christianity, this HTB Church, that was turning my normal friends into something else? Something I couldn’t relate to? How dare this religious belief put any matter of distance between me and my relationships!

Well, the joke (and relief) is on me. There is no distance between me and my friends because of our beliefs. Not really. We all love each other, we were friends before Alpha and we still will be. I was silly to think otherwise (serious note: I’m sorry to these friends for being such a bloody drama queen about it. Not that you expected anything less, amiright?).

It’s been kind of weird enjoying being part of a community without holding an intrinsic belief that the rest of the community holds. But there you have it, that’s what happened. I find churches and religion much less sinister now, though it’s still not for me. I won’t be going to church, but I will treat people who do with more understanding. I’m certainly more aware of how similar people are, both believers and non-believers alike. We’re just rattling around. That’s been the most comforting thing to come out of it all.