Lowered heads, cameras stowed away safely. When it rains on a daytrip, bleh. I’m out of natural position- looking up and around and through a lense. Instead, shuffle me off into the nearest cafe or pub, so I can wipe down my glasses on my sleeve and explore a city from within. It’s no blaring sunshine vibes, but in a place like Winchester, it will do nicely.

After buying a much needed hat (who needs umbrellas these days) from the high street and with time to kill before lunch, we ended up in a National Trust museum dedicated to the old Winchester Mill. We quizzed the volunteers on the workings and mechanics in front of us (a little too intensely, given neither of us could feign an interest in a flour mill at any other occasion) and optimistically paused by the live otter-cam in vain.

In any case, wine. Tucked away by the fireplace of the hopelessly idyllic Chesil Rectory, we saw off the set course menu and plotted our next move with recommendations from the staff. The food was delicious and the surrounding a perfect setting, a previous Mary Tudor hotspot, for piling up jumpers and pondering the weather. If it’s good enough for royalty it’s certainly good enough for me. 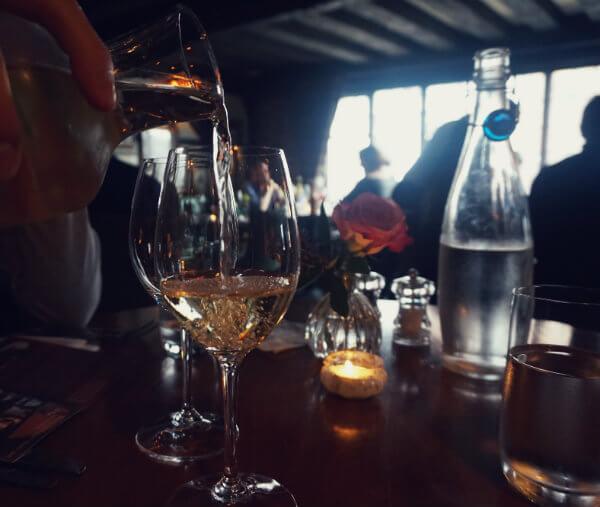 On the advise of the chatty staff at Chesil Rectory, with heads bowed under hoods we tottered up the hill towards The Black Boy. A trove of tinkling bottles, board games with bits missing and local paraphernalia, we settled in with the Trivial Pursuit cards and eavesdropped on the local’s conversations. 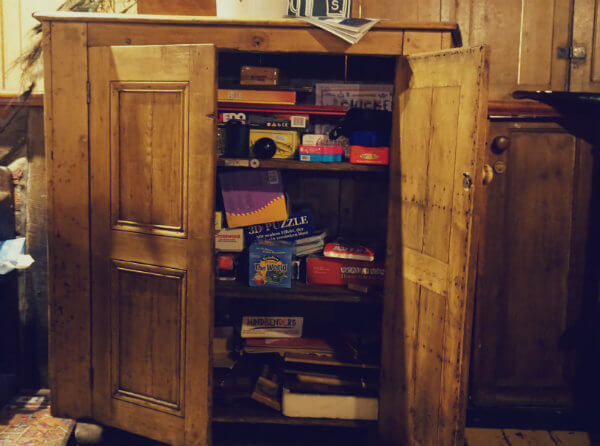 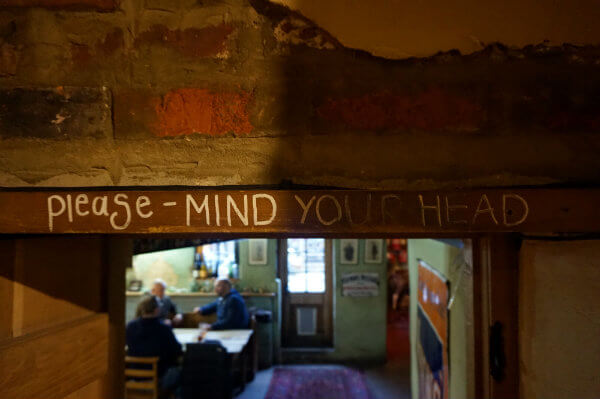 Steadily more tipsy, we minded our heads and took to Winchester streets. Our intention was to see the Cathedral (I love a bit of church architecture, me), and got distracted on our way by a very inviting bookshop. 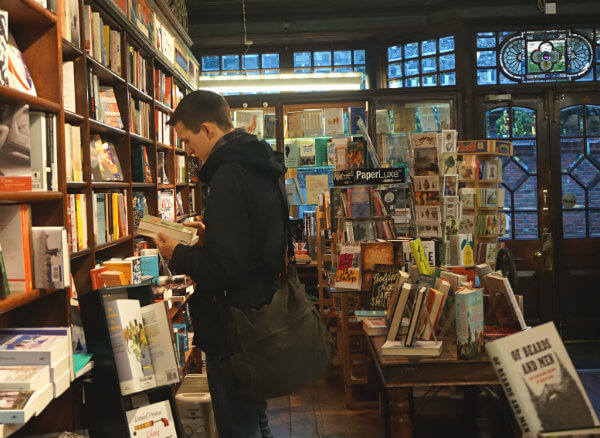 Seeing double from our wine and local ales, we spent a good hour or so sniffing in the old-book smell and craning our necks to get a look at the higher shelves. I picked a book, the lady behind the till said nice things about my bag, all round success. Beaming (me) and eye rolling (Jonathan), we left in search of the Winchester cathedral and college which we forgoed in the drizzle for a brownie and final gin and tonic on the way back to the station. 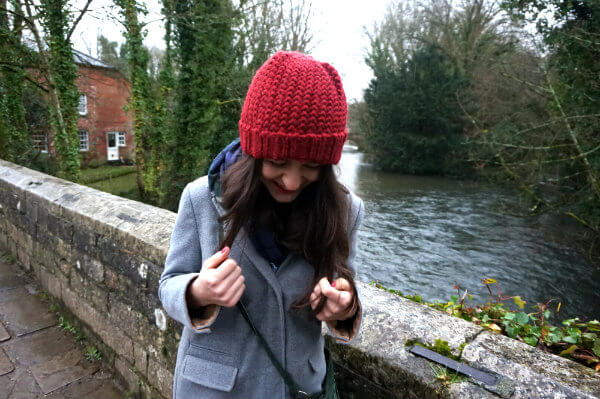 It’s a recurring theme in my life, this whole startled-at-how-much-time-has-passed thing (evidence 1, 2, 3), and it’s time for another bout of wonder/panic/sheer disbelief. I’ve been living in London for twelve whole months. I cannot believe how quickly the time has gone, and how much has changed in such a busy year.

To commemorate My First London Anniversary, I thought I’d do a Twelve Things I’ve Learnt in London, one for each month.

1. Yes, all of those people will fit onto that tube carriage.

You don’t know the meaning of the word cramped until the Northern line is delayed (which it is, btw. Without a doubt.) and there’s several hundred people itching to get to work on time. Every nook and cranny of that carriage will soon be filled with humans and their bloody fold-up bikes. Someone will be shouting “CAN YOU MOVE DOWN PLEASE”- which despite being totally reasonable, will ignite a flair of passive aggressive shuffling so potent I’m surprised the train doesn’t spontaneously combust. Also, tube strikes.

Ten minutes is a fair amount of time to wait for a train, right? Wrong. That is an outrageous amount of time, and if you don’t angry-tweet TFL right now then you’re a weakling.

3. All the choice in the world, and you’ll still go to Wahaca

There are approximately seven million restaurants in London. I live in a really small South London town called Southfields, and we have, off the top of my head, 25 decent restaurants within walking distance. In Huddersfield, to get to a good restaurant you had to get a bus and then train to Leeds. There are amazing restaurants on every corner in London. Despite this, whenever I’m hungry, I invariably end up in Wahaca. It’s like they’re a giant burrito-shaped magnet and I’m a willing iron filing looking for tequila cocktails and nachos.

4. A coffee order can be seventeen words long before you sound like an idiot.

In the north, you have two choices of coffee; black or milky. If you order anything with more than two words, or anything that ends in the letter “o”, you’re automatically in the Dick club. This does not exist in London. You can legitimately order a “soy decaf double shot grande mocha latte with a pump of hazlenut syrup” without even blushing. 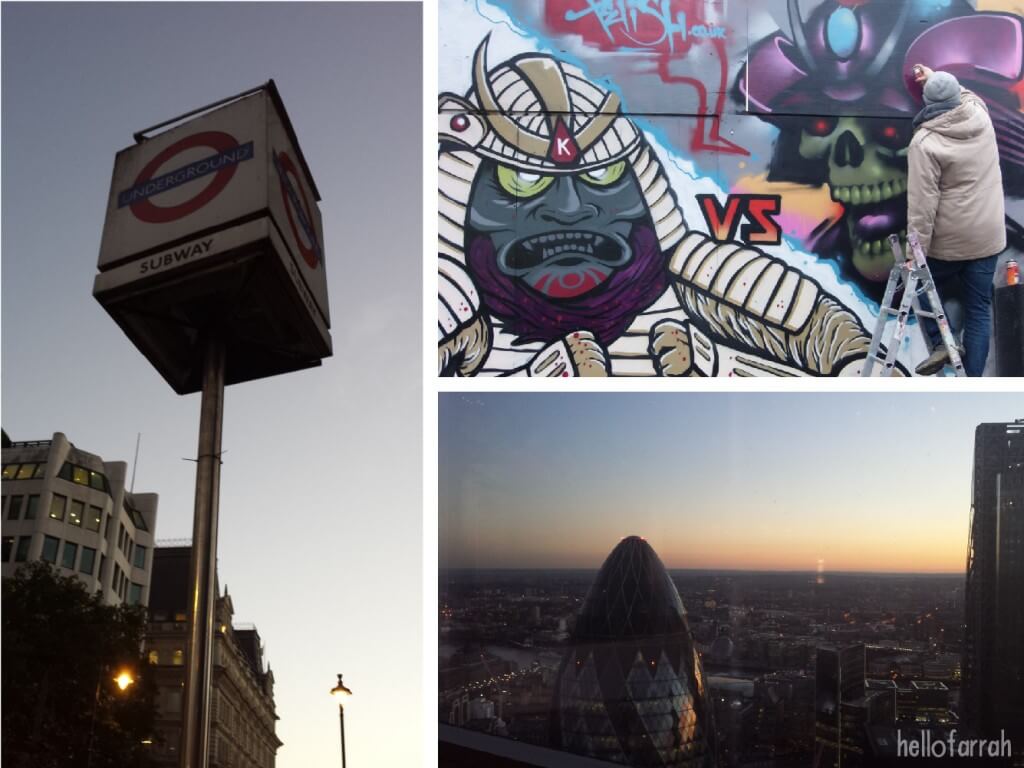 If you’re having a bad day, London sucks. Not too long ago, I received some bad news, and the rest of the day felt like the entire city was trying to trip me up. There’s too many people, you’re in the wrong flow of traffic, everything is expensive, you left your Oyster card on the bus and you’ve just been called a bitch for not having a lighter for some random dude’s cigarette. It’s busy, uncaring and cruel. I wanted nothing more than to get on a train and fling myself two hundred miles up north and settle down in a nice silent field somewhere and burst out into tears. That, or punch the next guy who screams “EVENING STANDAAAAAARD” in my ear. Bad moods don’t bode well in big cities.

7. You’re in the centre of the universe

London is scientifically the centre of the universe. Or at least, that’s what the news would have you believe. I’m not saying this is a good thing- the other day when the Shard was precautionarily evacuated, BBC news spent as much time going into to detail about the Shard not being on fire as it did on, oh I dunno, the crisis in the Middle East, kidnapped Nigerian school girls and the Ukraine. It’d be slightly more understandable if the Shard actually was on fire (which it wasn’t). Slightly.

8. The power of invisibility

Look like shit? That’s fine! Everywhere you go you’re going to be able to blend right into a swarm of people. Nobody will ever notice the mismatched shoes and/or last night’s makeup.

9. It’s changed my views on almost everything.

I’ve always considered myself a pretty open minded person, but living in London really opened my eyes. The causes I was blind to, the people I’d never heard. I’ve blogged some of it (Blog Alpha), but some of it has simply come from seeing comedy gigs like Aamer Rahman or Bridget Christie, or talking to Big Issue vendors, or drunken night bus rambling. 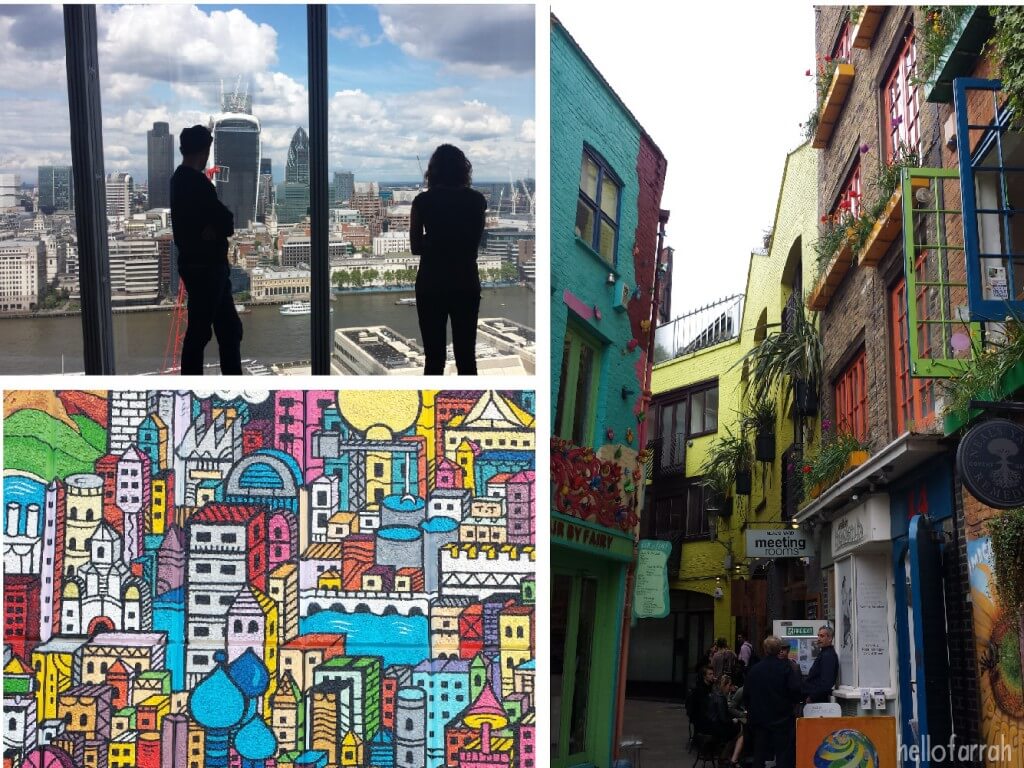 11. I live for live entertainment.

My interest in going to gigs peaked in the early 2000s to see Kate Nash smash up a piano in a Cockney accent. My interest in comedy, poetry, theatre and talks, however, is flying high and facilitated by London’s vibrant everything scene. Whether it’s empty poetry gigs or West End musicals, I cannot get enough of it all.

I’m not one of those Londoners who thinks that tourists are demons sent from hell to trip me up with suitcases on my way to work. Nope, I’m the kind of Londoner who feels insanely smug at having any level of insider knowledge. Once, when the District Line was down (it always is, btw), I spent about half an hour giving detailed travel instructions to groups of confused tourists and it made me feel like I was the Queen of the Underground.

What have you learnt since living in London (…if anything)? Here’s to the second year, now please mind the gap.

I had my mum and sister come and visit the other weekend, and knowing how much my sister loves hipster vintage stuff, and my mum loves great street food, I thought we could discover Brick Lane together.

Brick Lane is a national institution in London. The Shoreditch end is caked in amazing graffiti art, market stalls, tonnes of incredible smelling food and some real life hipsters to top it all off. 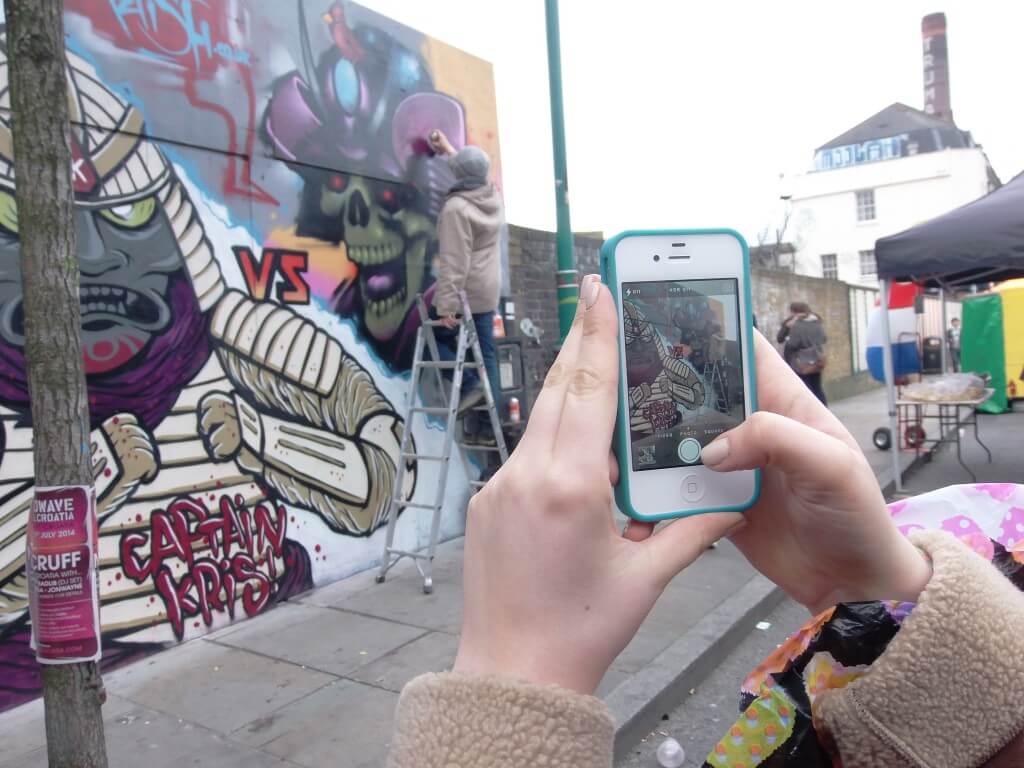 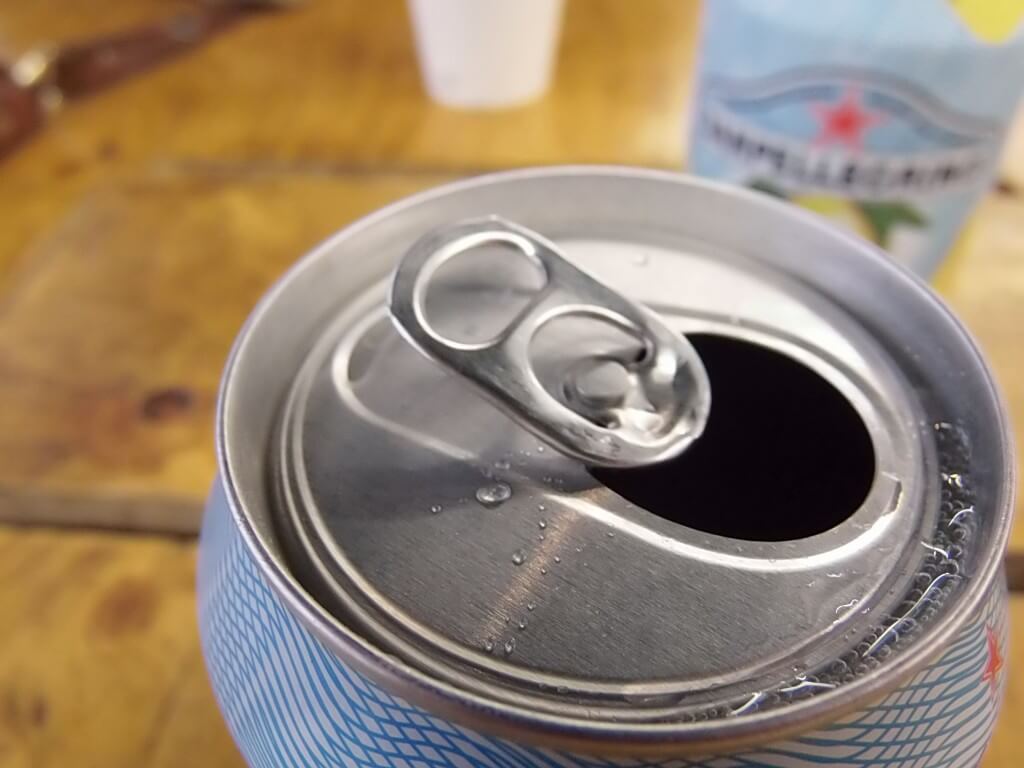 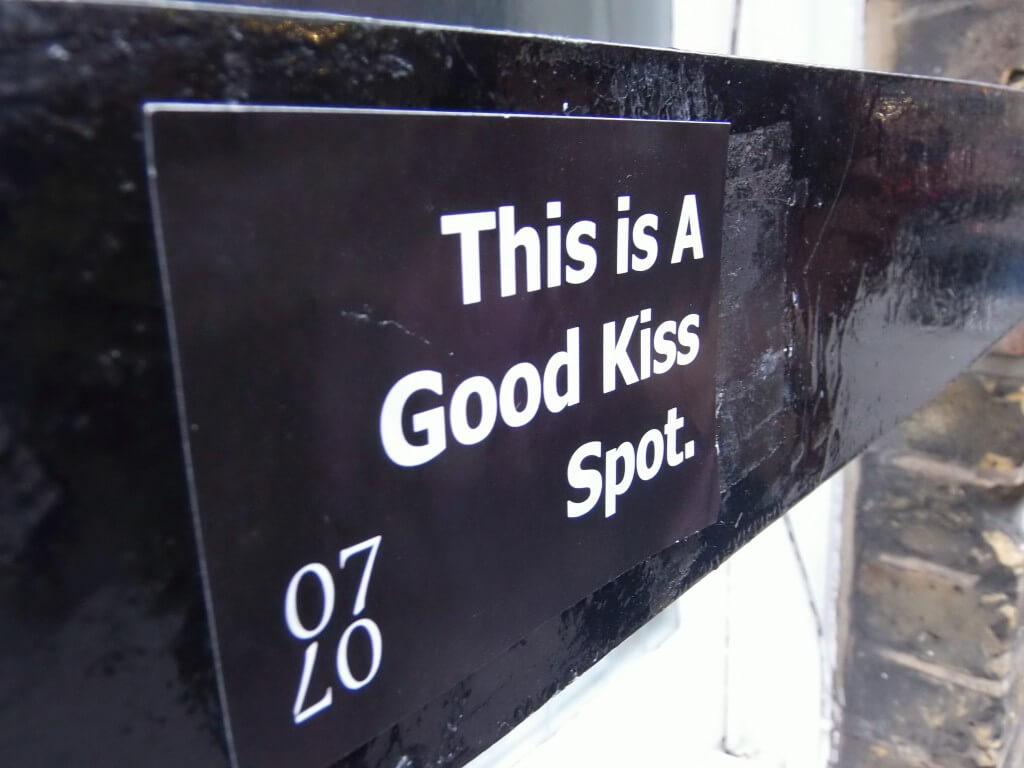 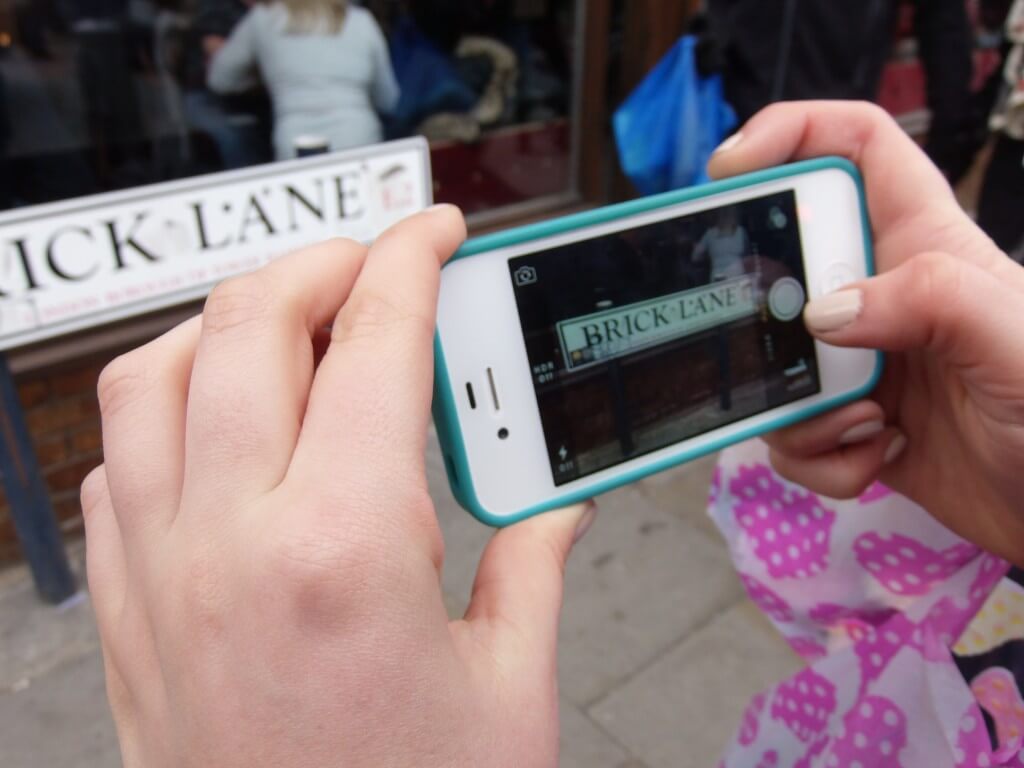 As you can probably tell, this is also the weekend I discovered the macro setting on my camera. I’m getting used to all the extra buttons and options on my Olympus now, so expect better quality images as we go on.